BEDFORD, Mass.–(BUSINESS WIRE)–Fractal Antenna Systems (‘FRACTAL’) reports the impending issuance of a key patent for satellite communications and others uses. U.S. Patent 10,483,649 details “aperture engines”, where area is used to collect and convert power, and then receive/transmit radio waves from the same region. 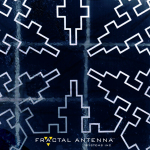 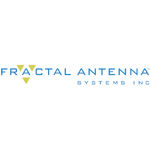 Notes FRACTAL’s CEO and inventor Nathan Cohen: “Before aperture engines, antennas/arrays and power sources were considered separate, a luxury not easily afforded. Satellites are an excellent example where real estate is so limited it needs to be shared. Moving forward, a satellite’s surface area can be used simultaneously for both power generation and RF power transmission/reception as an aperture engine.”

The critical advantage of aperture engines is a significant increase in power conveyed for the total area. For example, an area divided between antennas and solar cells sees only about 50% of the incoming solar radiation. With an aperture engine, the stacking of the antenna on the solar cells means the full area is available and over 90% of the solar radiation of the area is usable for power. That advantage makes aperture engines a near necessity in many future satellite systems. Additional benefits abound for the antenna as well, with the previously dedicated solar cell area now doubling as an aperture/reflector for antenna elements, increasing gain, yielding higher orders of MIMO, and/or allowing greater beam steering resolution.

FRACTAL is no stranger to satcom antennas. For 15 years, the firm has developed earth-based satcom antennas that are smaller and lower profile with better sidelobe response than traditional designs. A trusted provider of aerospace antennas, the firm also designs on-satellite antennas for a myriad of applications. AJ Shelman, FRACTAL’s VP of Products, notes: “Competition in the satellite communications and remote sensing market is intensifying, particularly in the LEO domain. The application of our proprietary fractal antenna, fractal metamaterial, and aperture engine technologies creates significant performance and economic advantages for satellite and ground node designers alike.”

Aperture engines are also an energy efficient enabler for earth-based Internet of Things (IoT) devices. These need to be self-powered, communicate remotely, and have tough size constraints. FRACTAL discloses it has IoT customers, and a portfolio of IP for IoT which includes this new patent issuance. Notes Cohen: “IoT aperture engine and fractal technology will be widely implemented. You will see them as wireless mesh networks attached to motors, pipelines, heating/cooling systems, generators, and many other infrastructure systems. Aperture engines, with IoT, will realize the long sought self-powered, globally capable wireless sensor.”

Fractal Antenna Systems, Inc. (www.fractenna.com) supplies products and solutions for the world’s most demanding wireless, electromagnetic, and electronic applications. Backed by over seven dozen U.S. patents and patents pending, FRACTAL is the recognized pioneer in fractal technology, with extensive research and field experience with 25 years in business. The company is a privately held and headquartered in Bedford, Massachusetts, USA.